I can only rate this dental office as a first experience as I didn't have any work done by Dr. EvilDentist. I phoned the office for an appointment because I had a terrible toothache and am new to the EvilDentistCity and did not know any of the dentists. They saw me right away which was great. After the assistant did x-rays the dentist came in to discuss a diagnosis. He told me I needed a root canal and this would have to be done by a specialist, Dr. RootCanalSpecialist. After the root canal was done, then I'd follow up with EvilDentist for a temporary crown and ultimately a permanent crown. He also told me I had 6 cavities!!!!! The total for Dr. EvilDentist's services, (not including the root canal) would be $3,000.00!!!!

So I went home and phoned Dr. RootCanalSpecialst's office and left a voicemail that I was referred by Dr. EvilDentist and needed a root canal right away since I was in terrible pain. That was mid morning Monday and I did not get a call back till Friday afternoon!!! That's after calling every day leaving the same message! I don't understand how Dr. EvilDentist can refer patients to someone who takes so long to return calls.

In the meantime I got an appointment with a dentist in GoodDentistCity that Tuesday, the day after my appointment with Dr. EvilDentist. Dr. GoodDentist was able to do the root canal himself—no need for a specialist or a crown! Dr. GoodDentist also told me that I had only 3 cavities, and not 6!!! After only two weeks ALL of my dental work is finished and I could not be happier! And I only paid $1800.00 INCLUDING the root canal!!! What a difference next to the $3000.00 Dr. EvilDentist wanted me to pay, EXCLUDING the root canal. Also, I asked Dr. EvilDentist's office to send over my x-rays to Dr. GoodDentist. It took them 3 days!! Once Dr. GoodDentist got them, he said they were badly done which led me to have them done again. Luckily there was no charge! I have a difficult time trusting dentists and am glad I got a second opinion. It not only saved me money, it also saved me from getting dental work I did not need!!! 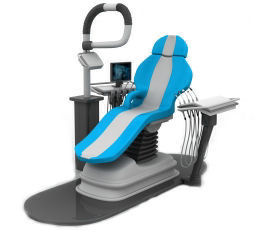 Kudos to Allison T. If a contest were held for best crowdsourced attack reviews, we'd gladly nominate her. Having only received x-rays and an exam, she succeeds in writing an obliterating review, portraying our dentist client as an incompetent, uncaring, greedy liar and cheat. And she does it in under 400 words. Key features of her masterpiece:


Through the storytelling, readers are led to the following conclusions seemingly on their own, which is much more effective than if she made direct accusations:


To counter such artistry, we must do two things: 1) substantially torpedo her credibility, and 2) create a memorable umbrella positioning that differentiates our client from GoodDentist in a way that appeals to the type of patients our client wants to have. This positioning must explain the problems and misperceptions Allison has with our client.


Throughout the response, we weave in our explanations of things that need to be explained—the six cavities, the pricing, the x-rays, the specialist issue. This is important, because if we tried to explain them directly it'd sound defensive and guilty. It's best to show rather then tell, and let readers reach their own conclusions.

This is a long response. A long response will work, if it follows the pyramid principle of putting the most essential information at the top, and then building the base of support underneath. Direct mail marketers will use 4-page or 6-page letters because they know people will keep reading if they're interested. People researching this dentist should be curious to read his defense against such a beat down.

The first two sentences lay out our client's positioning, and the broad idea we want to sell to the reader: Dental work is like a lot of other things—there is a low-cost, no-frills way to go, and then there are higher-quality options. Thus, each individual has choices, which they make based on "their financial situation and priorities." We underscore the idea that Allison's priorities and choices may not be shared by the reader. We say it three times: in the first paragraph, the second bulleted point, and in the last sentence of the response.

We clearly imply that Allison is a price shopper, someone who values low cost beyond all else, even the health of her teeth. It's only natural that she'd be more comfortable with a low-cost dentist and have conflict with our client, a high-quality dental office.

Having established our umbrella positioning in the first paragraph, we launch an offensive against Allison's credibility. We begin with the statement, at the end of the first paragraph, that she is a liar. Only we say it in a soft way: "...careful reading shows her motivation is less than forthright". In other words, the proof is in her own words. We then fire away with a list of four numbered paragraphs. This makes the copy easier to read and hopefully easier to digest. While serving to discredit Allison, the numbered paragraphs also support our positioning and discredit or sow doubt on her specific accusations.

The paragraph following the numbered list starts with our client's own key marketing message: He's been serving the community for 20 years and has successfully treated thousands of patients. It's a strong credibility statement. We also explain the false-cavity accusation, within the umbrella positioning. It may come across as a little defensive, but it's a damning accusation that requires an unambiguous explanation.

The penultimate paragraph, explaining why Allison was referred to an endodontist, serves to underscore everything we're trying to do. It undermines Allison's contention that our client is a greedy rip-off artist. And it supports our positioning of high-quality vs. low-quality dental care.

If you're a dentist, or other medical professional, you may be thinking, this is not the type of public response I'd make. You may find it too confrontational. Maybe you think it sounds unprofessional. A response must be consistent with a business's brand identity. The business owner must be comfortable with the response. We could have written this stronger, and we could have written it softer.

Maybe your inclination is to strip out everything directed at Allison, and just go with the positioning statements. Think about it, though: Is it really possible to neutralize Allison's review with something that sounds like corporate boilerplate?

In our page, Why You Should Respond, we used a legal analogy and posit a hypothetical jury trial. Imagine your potential new patients are on a jury, and they just heard Allison's testimony (imagine her telling her story to actual people in an actual room). Now the prosecution rests and it is your turn. What are you willing to say? Will you even put on a defense?