WHY You Should Respond 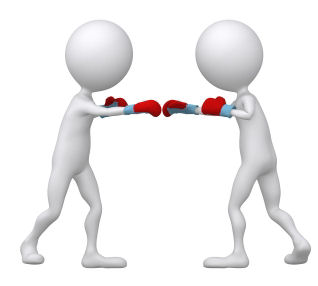 It's critical to respond to many negative reviews and postings because they really do hurt your business—stealing away people who would otherwise become customers, and sending them to your competitors.

People read reviews before making purchase decisions (and other decisions, such as what company they want to work for). Those reviews, and whether or not you respond, affect the choices people make.

So it's important to respond to negative reviews and neutralize their impact on prospective customers. That's common sense, if you think about it. Otherwise, it's a one-way conversation that is damning to your business. This is true even if you have a lot of good reviews and a positive overall rating. See our discussion, Why You Should Respond.)

But not all negative reviews and commentary require a response. It's useful to look at your web pages with consumer reviews and feedback—e.g., your Yelp, Google, Facebook or Glassdoor page—and try to see what prospective customers see. We're happy to evaluate your reviews or pages and give our recommendation about whether or not a response would be helpful.

If you don't respond, you allow a one-way conversation. Even a lot of good reviews and a positive overall rating may not offset the impact of a bad review. To evaluate, look at the web page in its entirety as objectively as you can and see what prospective customers see.

Failure to respond to a negative review/ posting when you have the ability to respond is an admission of guilt in the court of public opinion.

But let's take the court of law as an analogy.

If you ever sat on a jury, think how you felt immediately after the prosecutor or plaintiff attorney delivered the opening statement. Guilty as hell, right? Now remember how you felt after the defense attorney made a rebuttal. You thought the defendant either could be innocent, or probably is innocent. At the very least, you had an open mind for the rest of trial.

If you've never sat on a jury, you cannot appreciate what a mind reversal it is listening to the opening arguments, as described above. So consider this:

The prosecutor makes her closing remarks, tieing all the evidence together in a neat package and then demanding that the jury find the defendant guilty of...being a hopelessly terrible place to do business. The defense attorney opts not to make a closing statement.

You get the picture: a one-sided presentation cannot go well for the accused.

But I Have Lots of Good Reviews!

Ah, but my few bad reviews are surrounded by many good reviews, you say. One more flight of imagination submitted for your approval:

Instead, when it's the defense attorney's turn, he only puts five character witnesses on the stand. They all say good things about the defendant: a good neighbor, a model employee, always friendly and polite, etc.

How do you suppose the jury he going to find for the defendant?

Similarly, you need to respond to a negative review, even if you have many more positive reviews. Of course, it depends on what the negative review actually says. And there are exceptions. If you're a popular restaurant with hundreds of reviews, and 85 percent of them are overwhelmingly positive, the negative reviews probably won't matter—unless they contain egregious lies about how the restaurant operates.

Bad is Stronger Than Good

That bad is stronger than good is a well known psychological principle, proven by voluminous research studies. Bad is more impactful, and more memorable. This is pervasive across a broad range of phenomena: events, relationships, parenting, moods and emotions, health, language, learning, information processing, impression formation, and feedback.

The communications pros who run political campaigns know that bad is much stronger than good. That's why they run negative opposition advertising. And why they always respond in kind when negative ads are run against their candidate, whether they want to or not.


To learn more, see our essay, Bad is Stronger Than Good,
which discusses the most famous academic report
on the topic, by Roy Baumeister and three colleagues.

When it comes to information, such as negative reviews and postings about your service or product, yet another psychological phenomenon works against you: the sleeper effect.

Discovered by Yale University psychologist Carl Hovland working for the War Department during World War II, trying to understand the effects of its propganda films on the troops, the sleeper effect is about source credibility. It says that as time passes, e.g., a few weeks, people remember the message but forget the source.

This means that your prospective customers remember the negative information, but they forget that it came from a clueless, anonymous consumer ranting about you on Yelp or some other mob-sourced media site—rather than from a qualified source, such as a professional food critic writing for Bon Appétit.

So combine the sleeper effect with negativity bias, and you can see why it's imperative to either get a negative review removed, or to respond and neutralize its impact (and maybe turn the response into a marketing opportunity!).

We need to change the takeaway message of your negative review for the consumers reading it.