This Guy's a Mess
(on major review site)

Buyer beware. I contacted NeuroFeedback XYZ nearly a year ago for an insomnia problem. I'd tried neurofeedback many years ago and it was somewhat helpful. I liked the idea of getting treatments at home. I paid $500 for the first 6 treatments. At that time I found Robert Mayer attentive and compassionate. I felt like I got some improvement, and Robert said it was very important to keep taking treatments, because "continuity" mattered. So I ordered 20 more sessions for $1,500. Then things changed.

I stopped having improvement after the first few sessions. Robert tried different things but it was obvious neurofeedback was not going to work for me. Sometimes I actually slept worse right after a session. Robert agreed. He suggested transferring my unused sessions to my daughter because they were nonrefundable. She needed to sleep better and manage stress with school.

Things went from bad to worse with Robert. He came late to the sessions. Other times the equipment malfunctioned. Sometimes he missed sessions altogether, always making the excuse that I must have written down the wrong date. He then went on vacation. After that he needed to take weeks off for personal reasons. Apparently, "continuity" wasn't so important anymore.

Shortly after starting with Robert, I recommended a neighbor to him who also suffered from insomnia. Months later, she also reported the same problems I'd experienced. After paying for a large number of sessions, Robert became unreliable. He eventually disappeared.

When I complained that his service had gone downhill, Robert said my daughter was at fault because she wasn't really into the treatment. Then he said I had gotten more than my money's worth already and didn't owe me anything. That was the last time I spoke to Robert.

I believe neurofeedback has value for some types of insomnia but I don't recommend Robert's company. 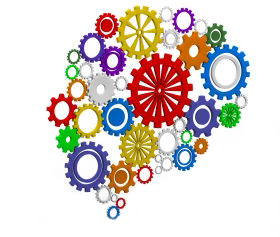 In this review, published on a major review site, a woman we'll call Tabitha W. seeks to prevent NeuroFeedback XYZ from getting new patients.

On its face, Tabitha's review sounds rational, not emotional or overly biased. That's her intent. The truth is she seethed with hatred and vindictiveness and hoped her review would destroy our client's business. NeuroFeedback XYZ's attorney spoke with her a few times and offered a full refund, which she refused. She was abusive to the attorney, and he believes she has a mental illness.

So does our client. He believes Tabitha's decline in responding to the treatments may have been due to a depression issue. When he tried to convey this to her halfway through the treatments, she became angry, verbally abusive and difficult to deal with. Her daughter, who resumed the remaining treatments, was also rude and disrespectful.

In responding to reviews, contractors, auto mechanics and restauranteurs have some license to express exasperation, but healthcare providers—especially those who work on people's brains—need to be careful with the tone and posture they display (tone and posture—not what's actually said). To win hearts and minds, they really need to appear to stay above the fray, and be seen as patient, professional, and ideally, compassionate.

This has nothing to do with HIPAA requirements. HIPAA has many medical professionals frightened into believing they either cannot respond to patient reviews or are so highly constrained that there's little they can say. Our research into HIPAA suggests this is not the case at all. And when you understand what makes for an effective response, you see that it's not even relevant.

Rather than be hampered by the special responsibility that healthcare providers are perceived to have, you can use this perception to your advantage, as we do here. We use it to call Tabitha a liar, without having to be direct or go through a point-by-point defense. We use it to forego a lot of explanation, while still presenting the facts and information that we select.

The goal here, as with most contentious response situations, is to discredit Tabitha and establish the credibility of NeuroFeedback XYZ.

This response looks simple, but analogous to Ernest Hemingway's iceberg theory, there's a lot beneath the surface you don't see. By omitting it, we make the communication more powerful, the truth better revealed. Appointments had to be rescheduled, though we omit why they had to be rescheduled. Rachel and her son responded wonderfully and not a single word of complaint was heard from them, but there's much more to it that's not discussed.

The positioning here is what public relations professionals call industry leadership. This is how we take the response way above the fray. Rather than seeming to worry about his own interest, our client comes across as being more concerned that Tabitha's review will discourage other people from trying neurofeedback. After offering to arrange conversations with former happy patients, Robert urges people to seek out his competitors if they are at all concerned about his company based on this review.

Thus, we turn the tables on Tabitha, who says her issue is not with neurofeedback but with this particular company. We believe this response wins the battle for credibility. What do you think?