Bad is Stronger Than Good

The Power of the Dark Side 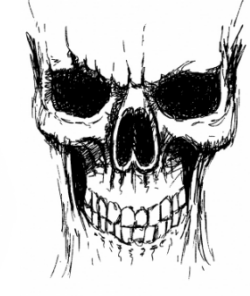 "Negative emotions generally involve more thinking, and the information is processed more thoroughly than positive ones, he said," the article paraphrases. "Thus, we tend to ruminate more about unpleasant events—and use stronger words to describe them—than happy ones".

A famous academic report called Bad is Stronger Than Good by Roy Baumeister and three colleagues examines numerous peer-reviewed studies that show the greater power of bad over good across a broad range of phenomena. They were unable to find any consistent exceptions.

For example, the report looked at studies about the effects of everyday events. Discussing the conclusion of a 1996 study (Sheldon, Ryabn, and Reis), they say:


Bad events had longer lasting effects. In their data, having a good day did not have any noticeable effect on a person's well-being the following day, whereas having a bad day did carry over and influence the next day. Specifically, after a bad day, participants were likely to have lower well-being on the next day.

Baumeister and colleagues looked at studies concerning emotions, memory, information processing, feedback, forming impressions, and stereotypes, and came to the same conclusion that the bad and negative is relatively more powerful than good and positive.

The report authors looked outside the laboratory, as well:

Why is bad stronger than good? Baumeister and colleagues posit that bad is more critical to survival, and part of the evolutionary process:


From our perspective, it is evolutionarily adaptive for bad to be stronger than good. We believe that throughout our evolutionary history, organisms that were better attuned to bad things would have been more likely to survive threats and, consequently, would have increased probability of passing along their genes....Survival requires urgent attention to possible bad outcomes, but it is less urgent with regard to good ones. Hence, it would be adaptive to be psychologically designed to respond to bad more strongly than good.